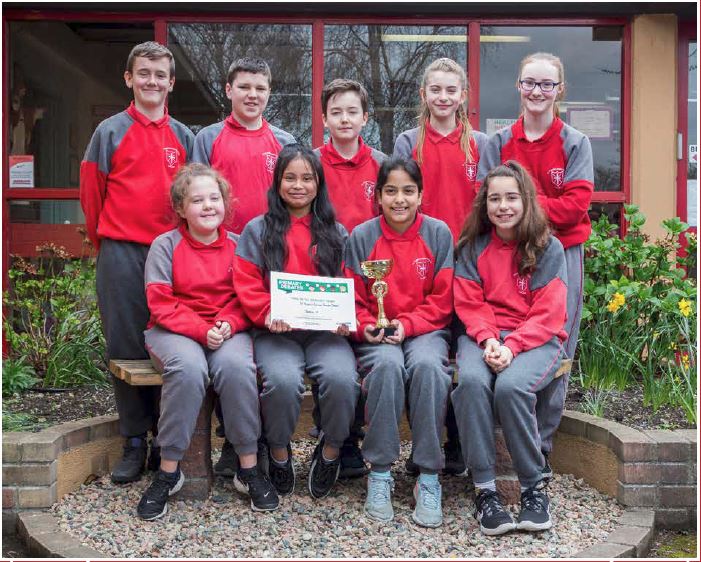 SFX Senior School commenced a Debating Programme in the school in 2015. In 2016 we entered the Concern Primary Schools Debating Competition reaching the quarter final in our first year! In 2017 our team have reached the final of this highly contested debating competition and in 2019 we became the Dublin Primary Schools Champion! A superb achievement for our pupils who worked so diligently over many months to achieve this accolade and honour for our school.

The winning team comprising of Suhani Bhagat, Conrad Whelan and Iria Cordoba were selected from the school’s panel of debaters and researchers also including Jessica Beagan, Michael Becker, Ava Dixon, Emmet Rogers and Lucy Sweeney. These 6th class pupils debated the following challenging motions to secure a place in the final:

The motion for the final that “Food waste should be made illegal” was keenly contested between St Kevin’s of Kilnamanagh and St Francis Xavier’s Senior School with St Francis Xavier’s SNS emerging as the champion debaters for 2019.   A special word of thanks to local businesses Gleesons Butchers, The Fish Market, The Nook Café and Tesco who supported our pupils as they conducted research on different debate motions.

Concern Primary school debating was established in Ireland in 2011 with the aim of encouraging the use of debating as a learning tool for senior primary school classes to engage with issues of the day. This year over 200 schools across Ireland were involved. 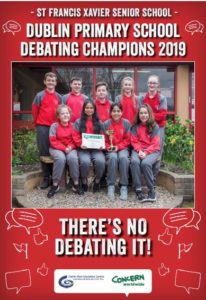 Well done to our panel of debaters: Jessica Beagan, Michael Becker, Suhani Bhagat, Iria Carcoba, Ava Dixon, Emmet Rogers, Lucy Sweeney, Conrad Whelan. A special word of thanks to Ms. Reidy for her assistance in coaching the team and to local businesses Gleesons Butchers, The Fish Market, The Nook Café and Tesco who welcomed our pupils as they conducted research on different debate motions.