Last week in Room 12 we celebrated Science Week. We carried out a few experiments to help us learn about absorption, gases, acids and bases. We also learned about how animals adapt to survive. For art, we designed some Science pictures. 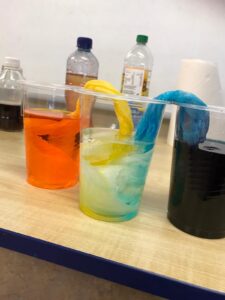 Our first experiment tested the absorption of materials and the mixing of primary colours. We used blue and yellow food dye to try make the colour green. The tissue absorbed the dye and mixed it into the other cup. 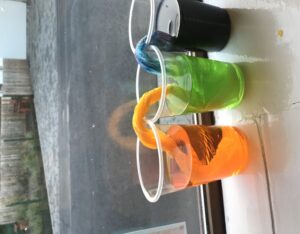 It took some time but eventually it mixed!

After this we made a lava lamp using vegetable oil, water, food dye and Alka-seltzer. This helped us show that oil and water do not mix. 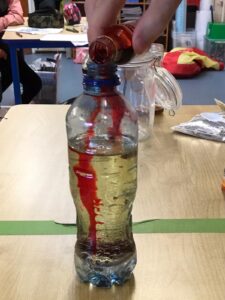 For the third experiment we used a water bottle, vinegar, baking soda and a balloon. We mixed the vinegar which is an acid, with the baking soda, which is a base. 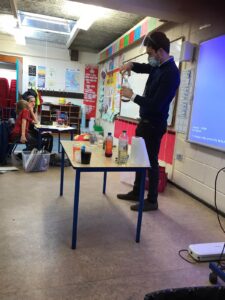 The chemical reaction produced carbon dioxide. This is the gas we exhale.

When the gas was produced it inflated the balloon! 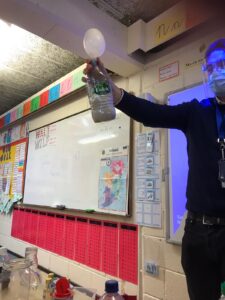 We decided to test out this same reaction to make a new lava lamp. Instead of using alka-seltzer, we put baking soda in a jar and poured vegetable oil in. After this we mixed vinegar and food dye and poured it into the jar. 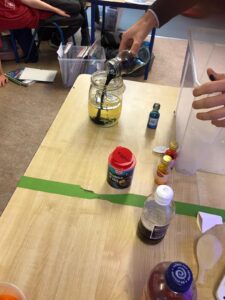 The chemical reaction produced gas and we could see this in all the bubbles. It made an even better lava lamp! 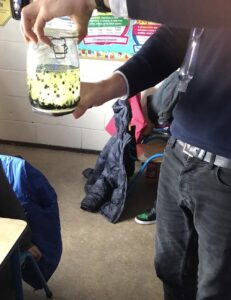 On Friday, we used paint to create Science pictures. They turned out great! 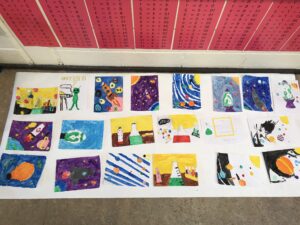